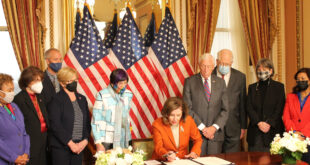 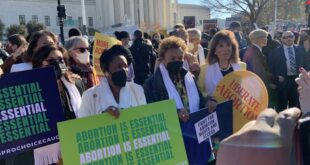 The Labor Department on Friday said more than a half-million jobs were added to the U.S. economy in October — soundly beating what most analysts had predicted.

The department said in its monthly report that 531,000 jobs were added last month. In the run-up to Friday’s report, most economists projected about 450,000 jobs.

“Job growth was widespread, with notable job gains in leisure and hospitality, in professional and business services, in manufacturing and in transportation and warehousing,” the department said in its report. “Employment in public education declined over the month.”

“The Biden-Harris administration is getting Americans back to work at a historic pace, with 5.6 million jobs added since the President took office and an average of 620,000 jobs per month. October growth was strong across the private sector, with especially significant gains in manufacturing, business services, leisure and hospitality and the care economy, all hit hard by COVID.”

“America is getting back to work, and our economy is starting to work for more Americans,” President Joe Biden told reporters at the White House Friday.

“America continues to add jobs at a record pace. The unemployment rate has fallen again today. … Our economy is on the move.”

Biden credited COVID-19 vaccinations and a strengthening economy for creating more jobs. He also said progress is way ahead of projections.

“Before we passed the [American] Rescue Plan, forecasters said it would take until the end of 2023 to get to a 4.6% unemployment rate. Today, we reached that rate two years before forecasters thought that was possible,” he noted.

Even with last month’s solid job gains, the economy is still 4.2 million jobs short of where it was when the pandemic began.
Share

.@CDCDirector on why there are no domestic travel testing requirements, the like International ones the U.S. has in place. "the rationale for the restrictions would be different."

“We recommend masking in public indoor setting, in areas that have high or substantial transmission, and that's over 80% of our counties right now.”