Trump To Be Subpoenaed By Jan. 6 Committee As ‘central cause’ Of Capitol Insurrection

We know there’s a time difference, but sheesh! Almost a week after the announcement that Joe Biden and Kamala Harris were the 2020 projected-president and vice president of the election, China has finally offered their congratulations.

On Friday at a regular press briefing, the Chinese Foreign Ministry spokesman Wang Wenbin spoke on China’s behalf, saying it “respected the choice of the American people.”

“We congratulate Mr. Biden and Ms. Harris. At the same time, we understand that the outcome of this US election will be ascertained in accordance with US laws and procedures,” he said.

Earlier this week, Wenbin skipped over CNN’s questions on when China would address the U.S. President-elect for his defeat over former White House resident Donald Trump. It’s vague whether China was waiting for Trump to accept his loss formally.

However, at that moment, Wang did mention that China had “noted” Biden’s win while also adding, “We will handle the issue of the statement (of congratulations) in accordance with international practice.”

China is now among other countries to welcome Biden and Harris as America’s new leaders; among the list are United Kingdom, Australia, Israel, France, and Germany.

When Trump took office in 2016, Chinese President Xi Jinping sent his congratulations one day after Trump was announced as the President-elect, Biden, and Harris’ win is a stark contrast from Trump’s four years ago, possibly due to the ongoing deterioration in bilateral relations.

According to CNN, most Chinese media have instead focused their attention on post-Election Day coverage on the baseless claims of fraud. Still, some have shown approval of Biden by publishing profiles of him visiting a Beijing restaurant in 2011.

Regardless, on Thursday, an editorial was published in the state-run newspaper China Daily, asserting that “China is always ready to work with the US to manage their differences. Whoever is in the White House should look at the regional situation objectively.”

Another state-run tabloid called Global Times said Biden was an “old friend” of China’s. After his projected win, an article was published saying that while China hopes for better relations with Washington and Beijing under Biden and his administration, they have to admit that China can only trust itself.

“China must become a country the US cannot suppress or destabilize, and make it that cooperation with China is the best option for the US to realize its national interests. This is the ultimate principle,” the editorial said. 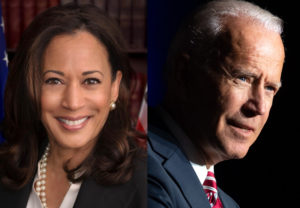 The head honcho.
Previous First Lady Melania Trump Has Not Reached Out To Dr. Jill Biden
Next Alexandria Ocasio-Cortez Defends Her “Defund The Police” Mantra