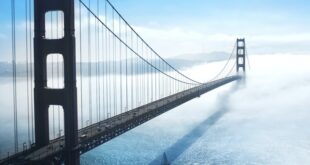 The United States on Monday hit President Joe Biden‘s goal of administering at least one dose of a Covid vaccine to 70% of adults almost a month late, as the newest wave of infections pushed hospitalizations to levels seen last summer.

Biden’s administration had initially targeted July 4 to reach the goal and declare victory over the worst of the pandemic. 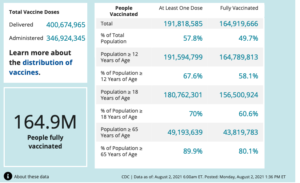 But falling vaccination rates, particularly in politically conservative regions in the South and Midwest, and among younger people, those with lower income and racial minorities, meant the objective was missed.

It comes as the U.S. is being battered by a new wave driven by the hyper-contagious Delta variant, which has sent national daily cases soaring to beyond 70,000, according to CDC data.

Across the country, hospitals are seeing on average more than 6,200 daily Covid admissions, while more than 300 people are dying every day.

“One in three cases nationwide occurred in Florida and Texas this past week,” he added.

In a silver lining, states that lagged in their vaccination rates are now beginning to catch up, according to the latest data.

The eight states with the highest current case rates have seen an average increase of 171 percent in their daily vaccination rate compared to three weeks ago, said Zients.

These include Louisiana, Mississippi, Alabama, and Arkansas.

Momentum was also picking up for vaccine mandates in the private sector, with Disney and Walmart implementing new requirements and incentives for employees.

Last week, Biden’s administration announced federal workers would need to either get vaccinated or submit to regular tests, following similar steps by California and New York.