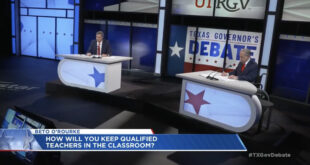 Abortion is legal in the U.S. thanks to Roe v. Wade–but abortion laws and restrictions vary by state.

There has been a record number of measures restricting access already passed this year, reproductive health research organization the Guttmacher Institute has said.

A total of 19 states have enacted 97 restrictions on abortion since January, including 12 bans, with more likely to be passed in the coming months, it said.

“The nearly 600 abortion restrictions enacted over the past decade … are part of a coordinated anti-abortion campaign with the end goal of banning abortion across the country.

Texas’ law effectively banning abortions after six weeks of pregnancy took effect at midnight September 1. Lawsuits are pending, but for now, clinics must comply with the ban.

The Texas law also effectively deputizes citizens as bounty hunters for its enforcement, as anyone under this statute can now sue parties who assist women seeking abortions, earning $10,000 if the lawsuit is successful.

While the Texas law is the most restrictive in the nation, other states have laws that are almost as restrictive.

MISSISSIPPI – The Supreme Court has agreed to hear Mississippi’s bid to revive a Republican-backed state law that bans abortion after 15 weeks of pregnancy. The state has asked the Supreme Court to overturn Roe v. Wade.

The Supreme Court ruling is expected next year.

ARKANSAS – In March, Arkansas banned all abortions except in medical emergencies, making no exceptions in cases of rape or incest. Supporters of the law hope it will force the Supreme Court to revisit Roe v Wade.

A federal judge has blocked enforcement of the ban pending a legal challenge by Planned Parenthood, the nation’s largest abortion provider, and the American Civil Liberties Union.

OKLAHOMA – Republican Governor Kevin Stitt signed an outright ban on abortion except when a patient’s life is endangered in April, which is due to come into effect in November.

In anticipation of potential legal challenges, he also signed an alternative law banning abortion from six weeks, which also states that a doctor performing an abortion after this time would be guilty of homicide.

MONTANA – The Republican-led legislature passed several bills in April restricting access to abortion, including banning terminations after 20 weeks. The measures are due to take effect in October.

NEW HAMPSHIRE – Lawmakers in June voted to ban abortion from 24 weeks, with no exception for rape, incest or fatal fetal conditions. The law, which is the state’s first bar on late-term abortion, is due to come into effect from January 2022.

SOUTH CAROLINA – Republican Governor Henry McMaster signed a law in February outlawing abortion once a fetal heartbeat is detected. The law is on hold pending a legal challenge by Planned Parenthood.

TENNESSEE – The state passed a sweeping measure in 2020, which included banning abortion as early as six weeks, and requiring patients to be told about a possibility of reversing medication abortions, which is disputed by many medical experts.

Most of the law has been blocked due to a legal challenge.

IDAHO  – The state’s governor in April signed a “trigger law” that would ban most abortions after six weeks of pregnancy and would go into effect 30 days after any U.S. appeals court upholds a fetal heartbeat abortion ban in another state.

MISSOURI – A 2018 law banning abortions after eight weeks is on hold due to legal challenges.

You can find out about your states’ abortion laws and restrictions here.