During this year’s election, Navajo and Latin voters took control of Arizona, swinging the state to blue. It’s the second time in 70 years that citizens of Arizona have voted for a Democratic candidate.

“Thank you to everyone and hugs to all that voted blue,” said State Senator Jamescita Peshlakai.

The three counties that make up the Navajo nation – Apache, Navajo, and Coconino – all voted for Joe Biden. Biden received 97 percent of the vote. According to Navajo Times, experts attributed the swing to a large increase in the number of young Latin voters in the state.

“It’s the first time Apache County sent a chair to the state meeting. When I introduced myself, everyone stood up and applauded,” said Begay.

Two initiatives on the ballot passed. Arizonans voted to legalize recreational marijuana and to tax high earners to fund education.

Native Americans were recognized as legal citizens of the United States in 1924 and received the right to vote in all states in 1962. 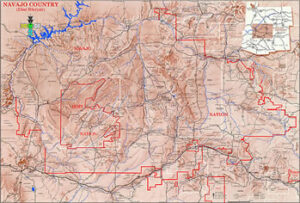 Raven Haywood is a journalist for 10+ years. Graduate from Howard University.
Previous Civics 101 – Lame Duck
Next Trump Aides Will Have a Problem Finding Jobs Due to Their Complicity in His Administration

The war of words we want.

"I'm interested in what led to January 6th... what did the former president know prior to January 6th, because what's most important... is that we don't have anything like that happen again."
-@RepKinzinger