Kentucky Attorney General Daniel Cameron is continuing his fight to disrupting democracy. The criticism he faced for his handling of Breonna Taylor’s case just wasn’t enough to make him change his views. He’s now sided with 9 other Republican Attorney Generals to join in on the legal pursuit to throw out Pennsylvania’s mail-in ballots that came in after the November 3 Election Day.

10 Republican Attorney Generals across the nation seek to toss out ballots and requests that the Supreme Court takes on the case, Wave3 News reports.

The Supreme Court of Pennsylvania made a 4-3 decision to allow ballots postmarked by November 3 and received by November 6 to be included in the voting counting process. But people like Louisiana Attorney General Jeff Landry said the ruling was similar to a football referee changing the rules during the game.

“The referees, which are the judges, don’t get to write the rules. That’s the legislature, and unfortunately, here we believe that the Supreme Court did exactly that,” Landry said.

Cameron was among those at the Republican Attorneys General Association meeting on Monday but did not speak. He did, however, release a statement through Twitter to speak on the amicus brief, announcing the group’s plans to ask the U.S. Supreme Court to reverse the absentee ballot ruling of the Pennsylvania Supreme Court.

Daniel Cameron is the same man who told Kentuckians not to be swayed by outsiders who did not know Kentucky or the traditions of the state. Still, he now wants to put himself in another state’s legal issue, admitting that even though what happened in Pennsylvania did not happen in Kentucky, he feels as if what happens “in other states during a presidential election matters to Kentuckians because we are electing our President and Vice President.”

“They are pushing a theory that I think would lead to the breakdown of our legal system as it divides power between the states and the federal government and it would actually undermine the role of the states in our system,” Sam Marcosson, a University of Louisville Professor of Constitutional Law said. Adding that a state’s lawmaker can interpret the state’s own legislation, a foundational process.

As for the votes that the Republicans question, they have already been separated, contrary to the many baseless claims that they have been included in the count, the news outlet reports.

“There is not a single ballot included in the current tally in Pennsylvania that was received after November 3, so it is misleading in the extreme to suggest or imply that somehow the count is tainted,” Marcosson said.

President-elect Joe Biden leads by way more than the ballots the Republicans question, more than 43,000 to be exact. With that being said, it would be pointless for the U.S. Supreme Court to hear the group’s case.

“It’s wrong in this particular case to suggest that the courts will decide it. The voters of Pennsylvania already have,” Marcosson said. 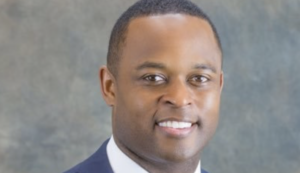