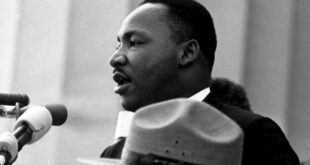 90 CEOs, business leaders, lawyers, and experts spent their Saturday discussing how they can push back against states that are restricting voting.

According to NBC News, the group discussed pulling their donations, moving businesses or jobs out of the states that have passed restrictive voting laws, and relocating events.

“It was incredibly concrete,” Jeffrey Sonnenfeld, a professor at the Yale School of Management and one of the zoom call organizers, said.

“The overriding spirit is they don’t want politicians using wedges issues to try and solidify their hold on office, because that leads to angry communities and finger-pointing workforces and divided shareholders. It makes their job as CEOs harder to manage these constituents. They want social harmony,” Sonnenfeld said.

Last month, Georgia’s Republican Governor Brian Kemp signed a controversial voting bill that would require voters to provide photo identification to obtain an absentee ballot, limits the use of ballot drop boxes, and completely restricts the distribution of water and food to voters in line.

The bill comes after former President Donald Trump made baseless claims that the 2020 presidential election was rigged after he lost to now-President Joe Biden.

Republicans call the bill ‘Election Integrity Act 2021,’ saying that the bill restores confidence in the election process by ensuring that Georgia elections are secure, accessible, and fair.

Several Atlanta-based corporations like Delta and Coco-Cola have spoken out against the bill.

On Monday, actor Will Smith announced that he was moving the production of his new film “Emancipation” out of Georgia because of the law.

“At this moment in time, the nation is coming to terms with its history and is attempting to eliminate vestiges of institutional racism to achieve true racial justice,” Smith and director Antoine Fuqua said in a joint statement. “We cannot in good conscience provide economic support to a government that enacts regressive voting laws that are designed to restrict voter access. The new Georgia voting laws are reminiscent of voting impediments that were passed at the end of Reconstruction to prevent many Americans from voting. Regrettably, we feel compelled to move our film production work from Georgia to another state.”

Raven Haywood is a journalist for 10+ years. Graduate from Howard University.
Previous Matt Gaetz’s Request To Meet With Trump Was Denied
Next President Biden Makes Agreement With Mexico, Honduras And Guatemala To Put More Troops At Border