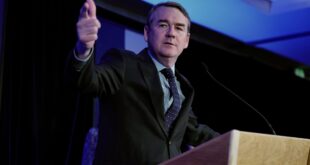 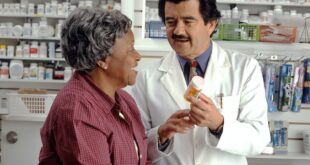 Right-wing Democratic Sen. Kyrsten Sinema of Arizona went beyond her usual defense of the filibuster on Monday to argue in favor of reinstating the Senate’s supermajority requirement for all judicial and executive branch confirmations, drawing the ire of progressives who have long criticized the upper chamber’s anti-democratic rules.

“Not only am I committed to the 60-vote threshold, I have an incredibly unpopular view,” Sinema said at a lecture hosted by Senate Minority Leader Mitch McConnell (R-Ky.), the lawmaker who bears arguably the most responsibility for accelerating the use of the filibuster to thwart the will of the majority. “I actually think we should restore the 60-vote threshold for the areas in which it has been eliminated already. We should restore it.”

“Restore”? Jesus Christ, prior to the 1990s, only a tiny handful of measures required a 60-vote threshold in the Senate.

What she’s saying is this: “Let’s make what’s already the most undemocratic body in government positively anti-democratic by enshrining minority rule.” https://t.co/nbuTCmEYUF

According to Sinema, “If we did restore it, we would see more of that middle ground in all parts of our governance, which is what, I believe, our forefathers intended.”

Contrary to Sinema’s suggestion, the filibuster rule she wants to strengthen is not even mentioned in the U.S. Constitution—whose framers sought to avoid replicating the disastrous Articles of Confederation—and was created mistakenly in 1806 by then-Vice President Aaron Burr.

As more than 350 historians, political scientists, and other scholars concerned about the future of U.S. democracy wrote last year in an open letter calling on senators to reform the filibuster:

It developed in the early nineteenth century as an exploitation of the Senate’s generous rules of debate, propelled in part by proslavery senators seeking to protect slaveholder interests. Before the Civil War, filibusters frustrated the majority but typically did not succeed in blocking legislation altogether. More often, as was the norm, senators in the minority yielded to the majority after using the Senate floor to make their case.

During the Jim Crow era, the filibuster became more powerful, and was used not only to frustrate the majority but to block legislation: often, to maintain Jim Crow laws and stall civil rights bills. Changes to the number of votes required to invoke cloture—to end debate on a bill—were adopted throughout the twentieth century, formalizing the ability of a minority of senators to prevent votes on bills supported by a majority. Still, for most of the last century, filibusters remained rare.

Only in recent decades have filibusters effectively created a regular supermajority threshold for routine legislation, with prior norms of restraint all but disappearing.

The modern-day filibuster, which can be deployed via email, is “weakening Congress—while creating the very supermajority requirement the founders clearly sought to avoid,” the scholars warned. “We fear it is also weakening democracy. The U.S. government is now saddled with more ‘veto points’—features in a political system that can terminate the advancement of a policy—than any other advanced democracy. The result has been an inability to take action on broadly popular policies.”

Despite McConnell’s admission last year that “100% of my focus is on stopping” the Biden administration and other evidence that the GOP minority is using the filibuster to prevent a democratically elected majority from enacting popular legislation, Sinema—along with her fellow corporate Democrat and filibuster advocate, Sen. Joe Manchin (W.Va.)—has routinely claimed that a 60-vote threshold promotes bipartisan cooperation.

This story has been edited for length. Read the full story at Common Dreams.