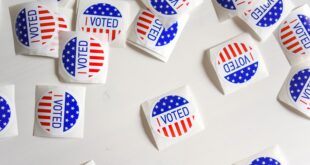 White House To Produce 100,000 Affordable Homes Over Next 3 Years

“These heroic men and women are gone far too soon, and we must honor them for their bravery in helping U.S. citizens and Afghan allies safely evacuate Afghanistan,” said Rep. McClain. “My heart aches for the families and loved ones of our servicemembers. We will always remember their service and pay tribute to their sacrifice.”

“These servicemembers risked their lives to uphold America’s highest values. They are heroes, and their legacy will be the thousands of Afghans who are alive today because these brave men and women put their lives on the line to give them a ticket to freedom. We must never forget,” said Rep. Moulton.

“My and my family’s prayers go to the families of those who lost their lives in this senseless violence. I am grateful for this opportunity to honor these brave service members who made the ultimate sacrifice working to keep our families safe,” said Rep. Joe Wilson.

“There are thirteen more Gold Star families this week, and that is a heartbreaking fact, but they should take comfort knowing that their sons and daughters did not give their lives in vain.  They gave the fullest measure of devotion to our country, our flag, their brothers and sisters in arms and the innocent lives they were protecting.  That is something that Congress, and all Americans, should honor,” said Rep. Mast.

“I join all Americans in mourning the tremendous loss of the 13 U.S. troops who were killed in Afghanistan while undertaking the extremely important mission to evacuate people to safety. Their heroic efforts are the definition of courage, and the epitome of service. That’s why I am proud to join my colleagues as an original cosponsor of​ this bipartisan bill to award them the Congressional Gold Medal. This is an important step we must take — one of many — to ensure their actions are never forgotten,” said Rep. Carson.

“As an Iraq War veteran, I am proud to join this effort to recognize and honor the brave men and women who tragically lost their lives in Afghanistan last week,” said Reschenthaler. “These servicemembers put themselves in danger to help American citizens and our allies safely evacuate. Their service and sacrifice will not be forgotten.”

“Staff Sgt. Ryan Knauss and his fellow American servicemembers gave their lives outside Hamid Karzai International Airport helping people they didn’t know get to safety,” Rep. Burchett said. “This is what true heroism looks like and their sacrifices will never be forgotten.”

“Missouri native Lance Corporal Jared Schmitz and the 12 other service members who paid the ultimate sacrifice for our nation are true heroes, helping to evacuate our citizens and allies from danger,” Hartzler said. “The least we can do for these Americans and their families is to posthumously award them the Congressional Gold Medal for answering the call and putting their fellow man and woman above themselves. I am proud to support this legislation and honor them for their sacrifice in Afghanistan.”

“These heroic service members, one being a Tennessean, gave their lives for our freedom. I am proud to co-sponsor this bill to award these brave men and women posthumously the Congressional Gold Medal. Americans are forever in debt to them and their families for their service and sacrifice for our great Nation,” said Congressman DesJarlais.

This week, the United States reached its latest grim milestone amid the coronavirus (COVID-19) pandemic, …

Rep. #MadisonCawthorn thinks we have a constitutio

Join @whenweallvote on September 23 at 8pm EST for

This is what’s going on with Republicans. In A

Capitol Police official on the “Justice for J6"

A word from President #Biden. #polialertcom

A hostess at a well-known #NewYork City restaurant

It’s great to be back at The Mecca.

We all know who the real HU is

.@VP starting her Saturday morning off right - flipping coin at the @HowardU and @_HamptonU football game!!