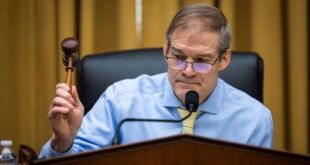 President Biden addressed the nation Monday, saying he stands “squarely behind” his decision to withdraw U.S. troops from Afghanistan after having a presence for 20 years.

Talking from the White House Monday, the president said his administration has been “closely monitoring the situation on the ground in Afghanistan” and is shifting “quickly” to execute the brand new plans put in place.

“I stand squarely behind my decision,” the president said. “After 20 years, I’ve learned the hard way that there was never a good time to withdraw U.S. forces.”

Biden: “I stand squarely behind my decision. The truth is, this did unfold more quickly than we had anticipated. So what's happened? Afghanistan political leaders gave up and fled the country." pic.twitter.com/SaAymPSQmF

Biden said the U.S. mission in Afghanistan “was never supposed to be nation building” and said the terrorism threat that brought the U.S. military to the country has spread well beyond Afghanistan to other nations.

He acknowledged that the Taliban’s victories across Afghanistan “did unfold more quickly than we anticipated.”

However, Biden said, it is wrong to order American troops to engage in further fighting when Afghanistan’s troops were unwilling to do so.

“If anything,” he said, “the developments of the past week reinforce” his decision to withdraw troops from Afghanistan.

“American troops cannot, and should not, be fighting in a war and dying in a war that Afghan forces are not willing to fight for themselves,” Biden said, adding that the U.S. had given the Afghan government “every tool they could need.”

“We gave them every chance to determine their own future,” he said. “What we could not provide them was the will to fight for that future.”

“Here is what I believe to my core. It is wrong to order American troops to step up when Afghanistan’s own armed forces would not,” Biden said. “How many more generations of America’s daughters and sons would you have me send to fight Afghanistan’s civil war when Afghan troops will not?”

Biden has approved 6,000 U.S. troops to deploy to Afghanistan to help evacuate U.S. personnel and Afghan allies. The president touted the secure shut down of the U.S. embassy in Kabul and the switch of U.S. diplomats.

The president issued a dire warning to the Taliban, saying that “if they attack our personnel or disrupt our operation, the U.S. presence will be swift, and the response will be swift and forceful.”

“We will defend our people with devastating force, if necessary,” Biden said. “Our current military mission will be short in time, limited in scope, and focused on our objectives: get our people and our allies as quickly and as safely as possible.”

The president added: “And once we have completed this mission, we will end America’s longest war after 20 years of bloodshed.”

“I am President of the United States of America, and the buck stops with me. I’m deeply saddened by the facts we now face,” Biden said, “but I do not regret my decision to end America’s war fighting in Afghanistan.”

Biden: “I’m president of the United States of America, and the buck stops with me. I'm deeply saddened by the facts we now face, but I do not regret my decision to end America’s war fighting in Afghanistan” pic.twitter.com/Uhm2hvRH9r