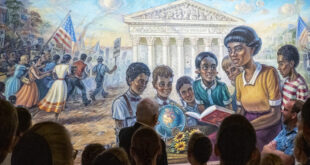 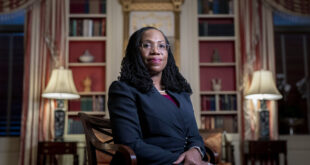 Behind the story of missing text messages from the U.S. Secret Service and its parent agency, the Department of Homeland Security, is a bigger scandal: Former President Donald Trump placed his loyalists in key executive branch positions for a reason. Many are still there.

The most benign explanation for the widespread disappearance of the Secret Service’s text messages surrounding the January 6 insurrection is the stunning incompetence of the agency’s leadership. The actual explanation may be more nefarious.

April 2019: Trump removed Secret Service Director Randolph Alles. He had been former Secretary of Homeland Security John Kelly’s selection for the post. But by the end of December 2018, Trump had ousted Kelly as White House chief of staff and began to purge the DHS of Kelly’s leadership team there.

To replace Alles, Trump wanted Tony Ornato, who had led Trump’s personal security detail until Trump made him White House deputy chief of staff—an unprecedented move for supposedly apolitical Secret Service agents. Ornato told Trump to pick James Murray to head the Service instead. After a 10-minute interview with Murray, Trump did.

July 2019: Trump appointed Joseph Cuffari to replace the DHS inspector general (DHS OIG). During the six prior years, Cuffari had been an advisor to Arizona’s Republican governors, Jan Brewer and Doug Ducey. As DHS’s IG, he was supposed to be the independent, non-partisan watchdog overseeing the department.

But that was never how Trump saw any IG. During a six-week period in April and May 2020, Trump fired five IGs, including Michael Atkinson—his own appointee. Atkinson had determined that Congress should see the “credible” and “urgent” whistleblower complaint that led eventually to Trump’s first impeachment. Then he alerted the Congress that Trump’s director of national intelligence had withheld that complaint from lawmakers.

June 2020: Following the police murder of George Floyd, the Secret Service helped to clear Black Lives Matter protesters from Lafayette Square for Trump’s photo op—where he held up a Bible. Ten days later, career staffers in Cuffari’s office proposed an investigation into whether the Service had violated its use-of-force policies. Cuffari blocked the probe.

August 2020: While protecting Trump and Vice President Mike Pence during campaign rallies and appearances, dozens of Secret Service agents contracted COVID-19. Cuffari sought to limit—and then ultimately shelved—an investigation into whether the Service ignored federal protocols to detect and reduce the spread of the pandemic within its workforce.

In addition to protecting the nation’s leaders, the Secret Service possesses the world’s leading cybersecurity expertise. But now it claims to have botched a standard technological exercise.

Fall 2020: According to the Secret Service, it began planning to migrate all electronic devices to a new system. The process would erase all employees’ text messages from their phones.

Dec. 9, 2020: The Secret Service Office of Strategic Planning sent an email to agency employees reminding them of their responsibility to preserve records and including instructions on how to do so. The agency’s chief information officer sent a similar email in January 2021.

Jan. 25, 2021: The Secret Service told its personnel to back up their phones’ data, leaving individual agents to decide what they should preserve. IT experts later described that approach as “ludicrous” and “crazy.”

Jan. 27, 2021: The systemwide migration began, deleting anything that individual agents had not backed up.

Feb. 4, 2021: All Secret Service employees received an email instructing them to preserve all communications specific to Jan. 6.

Feb. 26, 2021: Cuffari’s office first requested electronic documents from the Secret Service, “after the migration was well under way,” according to the Service.

May 2021: The Secret Service notified Cuffari’s office that its agents’ text messages had been deleted, but Cuffari did not inform Congress.

June 11, 2021: Cuffari’s office requested records and texts from 24 Secret Service employees, including the heads of Trump’s and Pence’s security details, relating to January 6, 2021.

July 27, 2021: Cuffari’s Deputy IG Thomas Kait, a Trump appointee who had been involved in revising an unpublished December 2020 report to downplay domestic violence and sexual misconduct by DHS law enforcement agency officers, told DHS that the IG’s office was no longer seeking text messages from the Secret Service.

Dec. 3, 2021: Cuffari’s office reopened its inquiry into the missing text messages and submitted a new request for text messages from DHS.

Feb. 18, 2022: Late in the evening, one of Cuffari’s deputies emailedinvestigators, telling them to halt efforts to recover lost texts and other data.

Feb. 4, 2022: Deputy IG Kait removed language in a draft memo criticizing DHS for failing to provide previously requested documents, including text messages. The final version of the memo, dated Feb. 10, said the opposite, praising DHS’s response to the IG’s request.

Late February 2022: DHS notified Cuffari’s office that the text messages of Trump’s most senior DHS officials—acting Secretary Chad Wolf and acting Deputy Secretary Ken Cuccinelli—had been lost in a “reset” of their phones when they left office in January 2021. But Cuffari did not inform Congress or investigate.

June 28, 2022: Cassidy Hutchinson testified publicly that on January 6, 2021, she met with Tony Ornato and Bobby Engel, the head of Trump’s Secret Service detail. After Trump’s speech to the mob at the Ellipse, Ornato invited Hutchinson into his White House office where Engel was sitting in a chair “looking somewhat discombobulated and a little lost.” Ornato then explained why.

After the speech, Engel had refused Trump’s demand that the limo take him to the U.S. Capitol. A furious Trump lunged toward the driver. When Engel grabbed Trump’s arm to remove his hand from the steering wheel, Trump used his free arm to lunge toward Engel’s “clavicles.”

Through intermediaries, Ornato and Engel initially denied Hutchinson’s account. But when DHS officials invited them to dispute her story under oath, they hired lawyers and went silent.

The spotlight turned to possible text messages involving Engel and other agents—not only on January 6, but also during the days leading up to the insurrection. (Divergent stories still circulate about the reason Vice President Mike Pence refused to comply with the Secret Service’s request that he get into an armored limousine during the attack.)

July 13, 2022: Cuffari wrote to the House and Senate committees charged with DHS oversight that the agency’s text messages for January 5 and 6, 2021, “were erased as part of a device replacement program… after [Cuffari’s office] requested” them. (Emphasis in original)

But then on July 14, 2022: The Secret Service issued a statement saying that Cuffari’s office “requested electronic communications for the first time on Feb. 26, 2021, after the migration was well under way. The Secret Service notified DHS OIG of the loss of certain phones’ data, but confirmed to OIG that none of the texts it was seeking had been lost in the migration.” (Emphasis supplied)

July 19, 2022: The Secret Service produced a only one text message, “namely, a text message conversation from former US Capitol Police Chief Steven Sund to former Secret Service Uniformed Division Chief Thomas Sullivan requesting assistance on January 6, 2021,” and said it did not have any further records responsive to the IG’s request for text messages.

July 20, 2022: The House’s January 6 Select Committee issued a statement saying that the Service’s failure to preserve the texts “may represent a possible violation of the Federal Records Act.”

Late on July 20, 2022: Cuffari’s office notified the Secret Service that it should halt its internal search for the missing texts so that it did not interfere with the IG’s “ongoing criminal investigation” into the matter.

July 28, 2022: Secret Service Director Murray announced that he will delay his resignation for a “brief period.”

The story is far from over. Two whistleblowers have come forward, and the National Archives wants to know what happened.

Like U.S. Postmaster Louis DeJoy, Cuffari is among the dozens of Trump holdovers still occupying key positions in the federal government.

As Trump railed against the “Deep State,” he was creating one of his own. 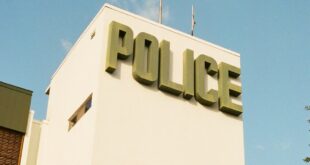 The Political Rise Of Police Unions and Why This Danger To Democracy Must Be Stopped!

By Ty Ross for Ringside Report No one can disagree on the benefits of unionization. …