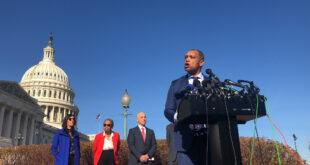 Coming from different sides of the aisle, the Democrat Baldwin and Republican Johnson, highlighted the bipartisanship in their plea, saying that they both have full confidence in local law enforcement agencies who are investigating the events that led to the deaths of six people during Waukesha’s Christmas parade.

“They have many difficult duties to perform in the coming days, weeks, and months, and they should be afforded the respect and support they deserve to undertake their responsibilities without outside interference,” the pair wrote in their statement.

They added that these tasks will be made more difficult in a politically charged environment and credited local officials with showing, “extraordinary professionalism, competence, integrity and compassion.” The senators pointed out that, beyond the criminal investigation, the officials also need to focus their efforts on comforting and supporting victims’ family members.

“These will not be easy tasks, and will be made even more difficult if conducted within a politically charged atmosphere,” the statement continued.

Darrell Brooks faces five counts of intentional homicide, with a sixth one expected in the coming days following the death of an 8-year-old boy. He is accused of driving an SUV into the parade, killing the victims and wounding more than sixty more people.

Previous Most state lawmakers earn low salaries. It impacts who can afford to be one
Next Democrats Reintroduce ‘Access To Birth Control Act’ 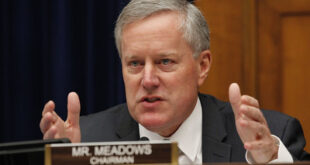 Just caught up with Manchin, who set a very high bar for passing 'chunks' of Build Back Better plan.

In short, he wants to see inflation, covid and the national debt dealt with first.