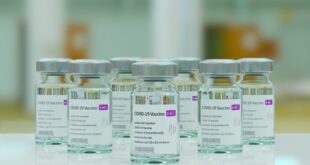 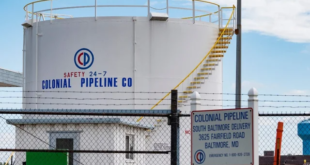 US Investigators Recover Millions In Ransom Paid To Pipeline Hackers

Newly released security footage shows a Republican state legislator opening a side door, which allowed protesters of Oregon’s COVID-19 restrictions to enter the State Capitol building during a special session on Dec. 21. 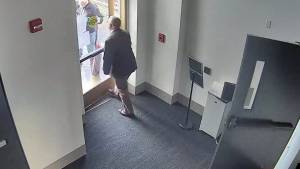 CNN reports that according to spokesman Timothy Fox, Oregon State Police have opened an investigation into state Rep. Mike Nearman. Tina Kotek, Oregon Speaker of the House, said that Nearman opened the door to allow the protesters to enter the building during a Thursday press conference.

The video shows Nearman casually opens and exits through an exterior door. As he walks out, a man carrying a flag enters the building, closed to the public per COVID-19 regulations, and holds an interior door open before it has a chance to close. Another demonstrator keeps the exterior open.

More people begin to enter as police appear and begin to try and push the crowd back. State troopers and Salem police spent nearly ten minutes trying to force the group out of the building before being sprayed with “bear mace” and retreating. Once police retreated, the protesters were able to enter the building.

Protesters made it deeper into the Capitol before engaging in a standoff with police that lasted nearly an hour. Two demonstrators were arrested after refusing to leave the building. Four people in total were arrested by the end of the day.

Nearman has served as a legislator since 2015. He was re-elected in November by a large margin. Kotek said Nearman is likely to face discipline in the House, depending on what state police find, calling it a “criminal investigation.”

Check out this surveillance footage from the Oregon Capitol.

Oregon State Police fought them & got maced in the process.

The head honcho.
Previous Freshman Congresswoman: “Hitler was right on one thing”
Next Republican Attorney Generals Helped Organize Attack On The Capitol 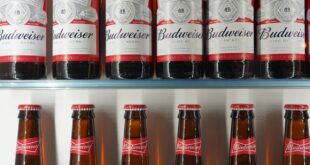 Anheuser-Busch is now offering another reason to get vaccinated against COVID-19: free beer. The Budweiser …

The day ahead. #polialertcom * Public schedules

As expected, voting rights legislation, the #ForTh

US To Narrowly Miss July 4 Goal Of One Covid Shot For 70% Adults http://dlvr.it/S2JXmt

I’m running for Governor of Maryland.

If you share this vision, join us at: http://tomperez.com