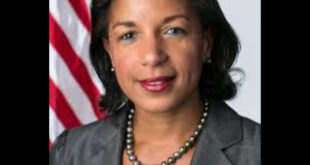 The Black Women Of The Biden-Harris Administration: Susan Rice 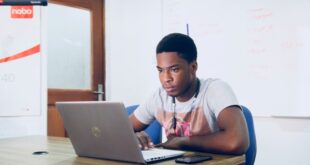 Rep. Alexandria Ocasio-Cortez announced that in under 24 hours, she was able to raise over $2 million for Texas relief efforts. By early Saturday morning, she tweeted that the fundraising had reached $3.2 million.

The rare winter storm slammed the state with snow and frigid cold temperatures earlier this week. Millions of Texans lost power and water, and dozens lost their lives.

“Team AOC is launching relief efforts for Texas starting today,” the congresswoman tweeted. “Our first effort is a partnership w/ 5 Texas orgs getting on-the-ground relief to Texans ASAP. If you’re able, please donate here – it’ll split your contribution to all 5.”

“Feeding Texas is humbled by the outpouring of support from people across the country. Hundreds of thousands of Texans are going to need help from their food bank in the days and weeks to come, on top of the millions already struggling to feed their families during the pandemic,” Celia Cole, CEO of Feeding Texas, told the outlet.

Adding, “We are particularly grateful to our elected leaders in Texas and Washington who are helping raise money for Texas food banks. These donations are critical to helping food banks keep their communities nourished and resilient through this crisis.”

Thursday was the same day Senator Ted Cruz returned from his vacation to Cancun, Mexico. A trip that he was widely criticized for taking.

AOC and Cruz have repeatedly clashed with one another since she was elected to Congress in 2018. She has called on the Texas Senator to resign for his role surrounding the January 6 Capitol riot, adding that he “almost had me murdered 3 weeks ago.”

AOC will be traveling to the affected areas with Texas Rep. Sylvia Garcia this weekend.

Former Rep. Beto O’Rourke seems to hit the nail on the head when mentioning Cruz: “I understand he’s vacationing in Cancún right now when people are literally freezing to death in the state he was elected to represent and serve.”

“I don’t know how much we were expecting from him, to begin with,” O’Rourke told Vanity Fair in an interview. “That guy wants nothing to do with government, or at least our form of it.”

#Trump supporters online were not impressed by his

A look back to a year ago. Never Forget. #polialer

Trump claims he wasn’t watching tv during the insurrection but turned it on later?

He won’t even return your calls.

Strong speech by President Trump about the winning policies of his administration and what the party needs to unite behind moving forward. The liberal media wants a GOP civil war. Not gonna happen.